The Case: Hunting a Phantom

He never leaves a trace, and there are never any witnesses. The unknown killer shoots his victims in cold blood and disappears. The trail begins in Nuremberg in 2000 and continues to Hamburg, Munich, Rostock, Dortmund and Kassel. The scenes of crime were apparently chosen at random. The nine victims were small businessmen, one-man operations: green grocers, newspaper stand owners, locksmiths, and take-out shop proprietors. All of the men were killed in their stores by several shots to the head. The perpetrator has always escaped unidentified, and nothing has ever been stolen. The 60-man special commission “Bosporus” is investigating throughout Germany, looking for the unknown killer, for a motive, or for possible connections between the murders. The victims did not know each other. Only their country of origin connects them. They all came from Turkey, except one man who was Greek. Who is this murderer? Were these hate-crimes? This is one of the longest series of murders in Europe, and thus far, there is no trace of the perpetrator. 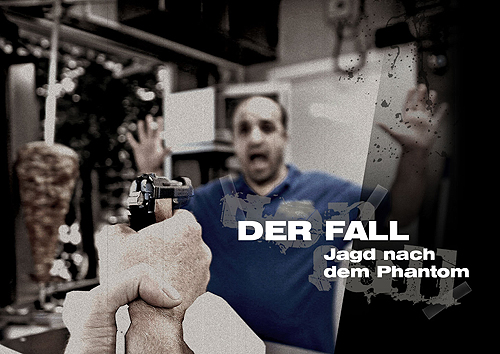