37°: The Maturity Test – Growing Up in Difficult Times

Growing up is always complicated, but how difficult is it to graduate from high school during a pandemic? The Corona crisis is a watershed that shapes a generation. There is now life before Corona and after.

The time of the Abitur is in itself an emotional state of emergency, fear and uncertainty are part of it. But after the exams, there should be great freedom – the best summer of one’s life. Instead, Corona came this year.

Zoe is 18 years old and attends a convent school in Hamburg. At the beginning of March, there were holidays in Hamburg and Zoe was on a skiing holiday. After that, the school-leavers were supposed to have their last day of school, celebrate the motto week and then take their exams from mid-April. But because of the pandemic, everything turned out differently: the holidays were followed by a school closure and then a debate about whether and how the Abitur could take place. Two Hamburg Abitur students started an online petition and demanded an average Abitur: the grades of the last two years should form the Abitur average, without any exams. “I don’t want an Abitur without exams. Otherwise it will probably be said forever that we have the Corona Abitur, which is not a real Abitur at all. I’ve always been good at organising myself, but the whole situation of not knowing what’s going to happen, not being able to plan for the time after, puts a strain on me,” says Zoe. The pressure of grades is great: Zoe wants to study law, preferably in Berlin. To do so, she has to pass a numerus clausus of 1.5. But first she wanted to go on her first big trip in the summer, to travel through Asia for months. Now all her plans are on hold.

“I’m scared, especially for my family and pre-sick friends. I don’t know how to act. I miss my friends, but it scares me to know that millions of people could die if we don’t take action.” Zoe’s best friend Lucie (19) is an only child, for weeks she has only seen her friends on video chat. Study groups are not allowed, libraries are closed, classes are held online, if at all. Lucie is a good pupil, later she wants to study either biology or art. “It’s a stage of life after all, twelve years of working towards our degree and looking forward to the time afterwards. And now I can’t even remember my last day at school or really celebrate my graduation. Just a moment ago I was a normal student and now I’m suddenly an adult.” Lucie and Zoe are planning to move to Berlin in the summer and are looking for a shared flat. Maybe Lucie will do a voluntary ecological year there, stays abroad are probably hardly possible anyway. “I’m afraid that our life will never be normal again, like it was before. There are so many issues our generation has to deal with, from climate change to gender issues to racism. And now Corona too.”

For Owen and Quinten (20) from Zoe’s year at grammar school, the period of no contact is a little less lonely: “That’s the advantage of doing A-levels together with your twin. They learn together, support each other. After the Abi Ball, the passionate gamers wanted to take a few weeks’ family holiday in Korea, but that falls through. “Somehow I have the feeling that the pandemic also offers us opportunities as a society and shows what we are capable of together. I think that’s much more important than the fact that I might not be able to go on holiday or start studying until later,” says Quinten. Actually, Quinten wants to study Games Management in Wedel from September on – but will that work in times of the pandemic? Owen needs a good degree for his planned business studies, but he struggles extremely with mathematics in home schooling: “The A-levels will be the biggest challenge of my life. And the pandemic makes it more difficult for many because there is a lack of concentration, we have missed lessons and it is simply harder to study. And that has an impact on our future.”

37 Degrees follows four young people as they grow up during the Corona crisis and shows how the pandemic is affecting their lives. We experience them in a state of emergency at home in their families, during exams and document what happens in their lives afterwards. 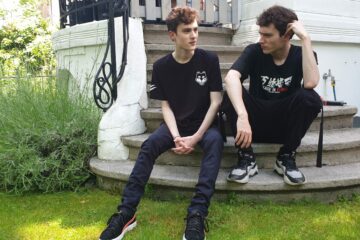 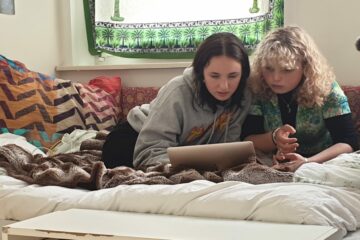 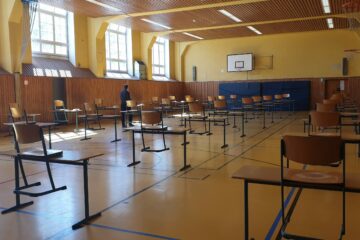 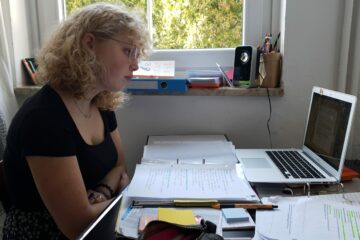 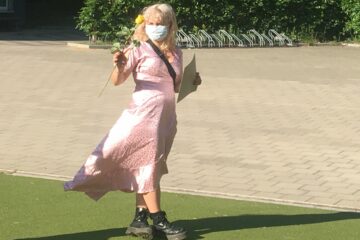