The Garden of Eden series introduces us to fruit and vegetable varieties with a special history and regional significance. Four varieties take us through the seasons and to four very different European growing regions.
The purple artichoke is a speciality of the Venice Lagoon, a unique landscape between mainland and sea. Above all, the very first buds of the artichoke, the tender “castraure”, are snatched from the hands of the Venetians by the traders; they almost never make it to the supra-regional markets. Thanks to the active ingredient cynarin, the vegetable is also considered a remedy.
The Bühler plum from the edge of the Black Forest is a star with relegation worries: unlike the “practical” new varieties, it does not bear fruit until the eighth year. Because of the height of the trees, it is difficult to harvest. But it also has many enthusiasts, including fruit growers, gourmets and Slow Food activists. Will they together succeed in saving the “Blue Queen” from extinction?
Mollar de Elche is a pomegranate with particularly soft and sweet seeds. The “love fruit of the gods” has been cultivated in the region south of Alicante for more than two thousand years. But only its discovery as a superfood with health-promoting properties has made cultivation attractive again. The mollar is processed into juice, cosmetics and even medicines, and its antioxidants are said to slow the progression of Alzheimer’s disease.
The Ardèche is characterised by centuries-old terraced chestnut forests. Their fruits, the Ardèche chestnuts, are considered a delicacy: as soup, ragout, puree, gratin, pudding, roasted, boiled. From October to November is the harvesting season, arduous manual work that hardly pays the bills. Many of the plantations have fallen into disrepair. In addition, a pest from Japan has attacked the trees and destroyed almost half of the harvest. But for a year now there has been an antidote
The Garden of Eden series presents sensual portraits, history and origins, passion and commitment to four varieties of fruit and vegetables. 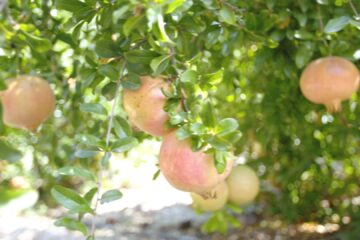 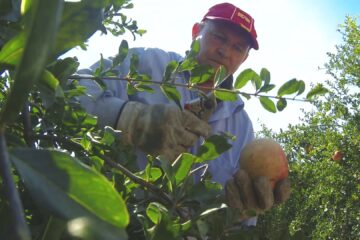 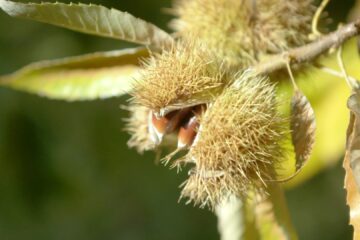 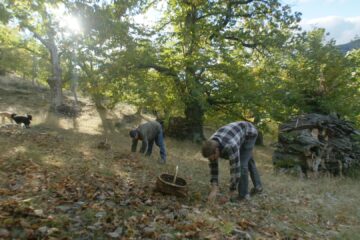