The Treasure in the Desert Sand – Turkmenistan’s Ancient Heritage

Turkmenistan was long considered the poorest region of the Soviet Union. It is probably one of the most unknown and closed countries in the world. Today, oil and natural gas have made the country in western Central Asia rich.  For the first time in 10 years, a film team was able to visit impressive excavation sites unhindered and accompany international research teams as they worked on sites that had been “forbidden” for a long time.

4000 years ago, a centre of power of the ancient world was located in Turkmenistan. Although flourishing at the same time as the advanced civilisations of Mesopotamia and Egypt, the ‘Margiana’ empire was completely forgotten. Only recently did archaeologists discover palace buildings and magnificent burial treasures in the middle of the Karakum desert in the former capital Gonur Depe.

Spectacular aerial photographs show the dimensions of the “lost” metropolises in a hostile environment. An international team of researchers is also uncovering monumental fortifications in neighbouring Ulug Depe. The ruined cities of Merw and Köneügentsch are declared World Heritage Sites by UNESCO.

Suddenly, Central Asia comes into the focus of science and the media. Why have powerful empires risen and fallen in Turkmenistan since the Bronze Age? DNA analyses prove a high mobility of the population, long-distance contacts reached as far as India, the Urals and the Mediterranean. The Silk Road between China and Europe became the world’s most important trade route for millennia and made Turkmenistan an important hotspot in history. 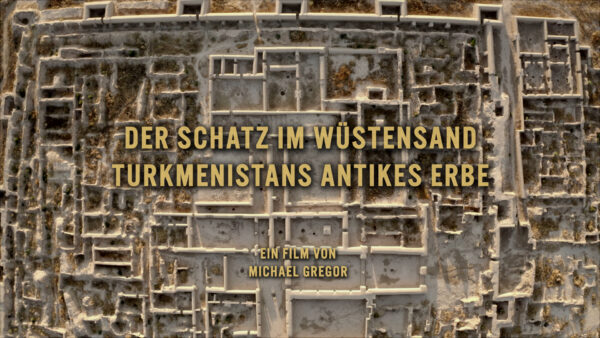 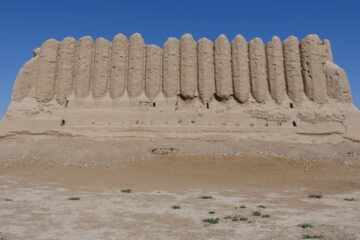