1947. Two years after the end of the war, Adolf Eichmann lived, undetected and under a false name, as a chicken farmer in Nordheide, a lonely heath in northern Germany. Nordheide is not far from the former concentration camp Bergen-Belsen. Previously Eichmann had worked in a nearby forest as a lumberjack – a far cry from his role as an “industrious desk jocky” for the Nazi party. (Eichmann 1956 about himself) An SS comrade had shown him the way to the heath, but in 1950, Adolf Eichmann disappeared. Years later, the former SS man Willem Sassen approaches him in the Cafe “ABC” in Buenos Aires. Sassen’s journalistic instincts tell him that Eichmann, alias Ricardo Klement, is almost bursting to justify his past. Sassen persuades Eichmann to give a number of interviews. They meet more than 50 times. They often have listeners, escaped Nazis who, like Eichmann, are living in Argentina under false names. They speak sociably about the “murderer Eichmann,” whom he says he never was, and about the deportations which he “just ordered” and only helped to organize as a “cog in the machine.” Another person succeeded in immigrating to Argentina: the Jew and concentration camp survivor Lothar Hermann. Hermann spent a number of months in Dachau concentration camp in 1936 in “protective custody.” In the summer of ’56, his fifteen-year-old daughter Sylvia falls in love with no other than Eichmann’s son Nicki. In August 1957, Sylvia brings Nicki to her parents’ home in Buenos Aires. Although blind, Lothar Hermann can hear Eichmann’s son’s anti-Semitic attitude. Lothar Hermann sends his observations in a letter to Fritz Bauer, the attorney general in Frankfurt. Bauer acts contrary to the official policy during the Adenauer era and informs his colleagues in Israel. The Israeli secret service Mossad sends an agent, but he does not believe the information. He thinks the neighborhood where Hermann said Eichmann lives is too rundown for an “influential Nazi.” In Frankfurt, Fritz Bauer remains insistent. Bauer sends Lothar Hermann’s name and address to the Mossad and increases the pressure with this “authentic source.” A second agent takes the trip to Argentina. While visiting Hermann, however, he rejects the possibility that a blind man had tracked down the fugitive Eichmann. It is not until May 11, 1960 that the Mossad takes Eichmann prisoner and to Israel. Months later, excerpts from the interviews between Willem Sassen and Adolf Eichmann are published in Germany and in the USA. A sensational trial follows, and on May 31, 1962, Eichmann is hanged. Cast: Adolf Eichmann – Herbert Knaup Vera Eichmann – Cornelia Kempers Nelly Krawitz – Nina Kronjäger Wilhelm Sassen – Ulrich Tukur Fritz Bauer – Axel Milberg 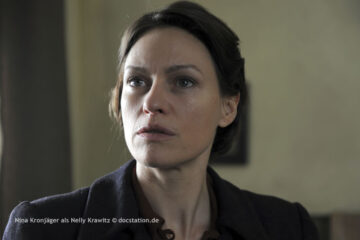 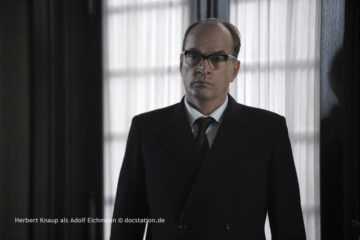 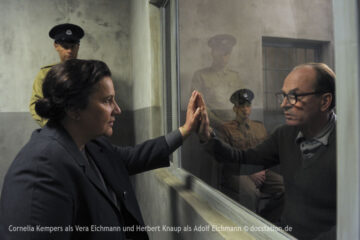 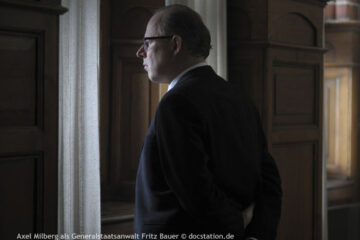 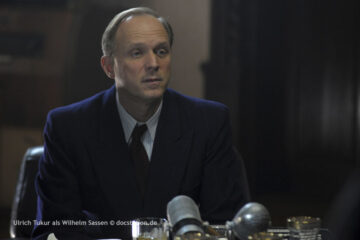 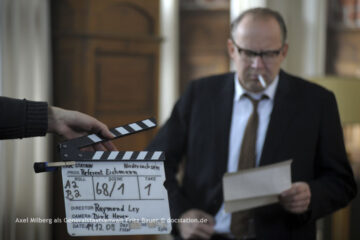