The Zoological Garden in Leipzig is located right in the middle of town. Since 1878, more than 1000 different species from around the world live under its “roof”. Its human and animal protagonists offer a wealth of exciting, funny, and bizarre stories. Some of these stories will be told in this film. We get to know many of the animals, but also the people who care for them and work with them, allowing us insights into daily life at the zoo. Our camera is there when a 16 foot long python has to have an operation – even administering the anaesthesia is exciting, for veterinarian Klaus Eulenberger needs three helpers just to catch the snake. Over at the elephant house, it’s time for a pedicure – quite a dangerous task. Michael Ernst, the keeper, has to do duty as an animal trainer as well, for an accident can happen at any moment. And there is great excitement among the monkeys, in the brand-new “Ponogo Country”: a new female orangutan is about to arrive. Dana, from Zagreb, is supposed to be the new mate for Walter, who is a little lonely because the imposing Bimbo is calling the shots with the other females. Hopefully, things will be different for Walter with Dana…and later, there might even be some offspring in the cards?! In this docu-soap centered on the Leipzig zoo, again and again we learn unknown and unexpected things about the life of the animals and of the people who work for and with them. Lots of fun, animal and human, from one of the most beautiful zoos in Germany. 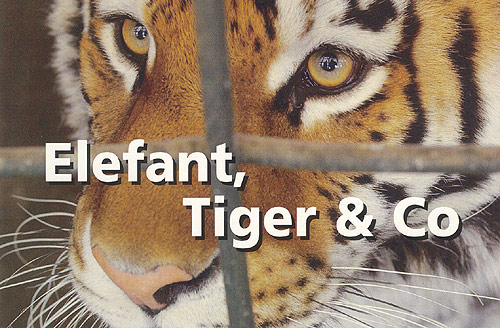