Captain Schröder and the odyssey of the St. Louis

In May 1939, around 900 Jewish citizens try to leave Germany. On the “St. Louis”, a Hapag ship, they set off for Havana in Cuba. There they want to wait until they get a visa for the USA. For the passengers, it is a chance to escape the terror of the National Socialists.
But the ship never reaches its destination: the Cuban authorities, and later the USA, refuse entry. In this situation, everything depends on the captain, Gustav Schröder, a Hamburg native with Danish roots. In a dramatic sea voyage, he manages to bring the refugees to safety from the Nazis.
76 years after the odyssey of the “St. Louis”, which has already been told in books, documentaries and a feature film, an old sea chest turns up in an attic in Hamburg. Its contents: photos, letters and the original manuscript of Gustav Schröder’s memoirs. The documents show the captain in a new light and allow an exact reconstruction of the events. In a collage of logbook entries, diary notes, photos and memories of survivors, the documentary traces the adventurous journey. Actor Christian Berkel gives shape to the figure of the captain with his voice.
Of the more than 900 passengers, a good dozen are still alive today – scattered all over the world. Hamburg filmmaker Manfred Uhlig visited five of them for this film. They were between seven and sixteen years old on the voyage in 1939. For the children, the sea voyage was first and foremost an adventure, for their parents a drama. 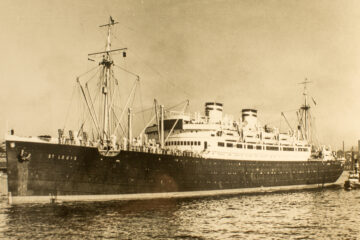 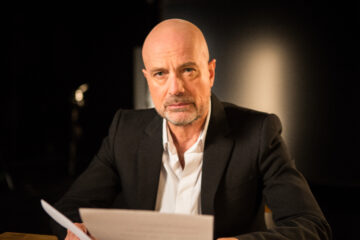