Time and again, the Vietnam War is cited as a comparison when commenting on the American military presence in Iraq. Between 1965 and 1975, the USA had deployed in South-East Asia to contain communism. They had temporarily increased their troop numbers to half a million GIs. Washington at the time subscribed to the so-called domino theory, and John F. Kennedy had warned that the Marxist world revolution could spread from Indochina to Thailand, Burma and even India. Today, the question is whether the phantom war being waged by George W. Bush against global terrorism, which in reality has targeted revolutionary Islam, is based on a comparable misjudgement. 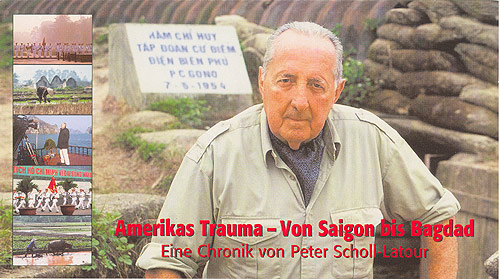