Schleyer. The business of terror

The kidnapping and murder of Hanns Martin Schleyer in 1977 is the most spectacular political crime in recent German history. But the events of this portentous fall of 1977 have obscured until now the actual biography of this businessman. For a long time, explorations of his career remained taboo. It´s the TV pictures of his captivity, of the events at the Stammheim prison, and of the symbols of the RAF (Red Army Faction), that have become embedded in the viewers´ minds. In this film, we will aim to portray the real Hanns Martin Schleyer for the first time. In the 1930s Schleyer, the son of a conservative and nationalistic judge in Offenburg, belonged to the young, radical student leaders of the National Socialists. In the early 1940s, he learned techniques for organizing industries as a member of the “Central Association of Industries for Bohemia and Moravia”. After his internment, he resumed his professional ascent, starting in 1951 at Daimler-Benz. His life history (he soon was called „the boss of the bosses”) made him into a “magnet” for the RAF terrorists, as his later kidnapper Stefan Wisniewski put it. On the other hand, an interviewer for the magazine “stern”, Kai Hermann, in 1975 found it difficult “not to like him spontaneously”: “He does not deny anything, he does not embellish anything, he does not apologize. He has an unbroken relationship with his past.” For our documentary, which will be released simultaneously with the publication of a book, we will, in addition to doing exhaustive archival research, interview family members, contemporaries and friends like Kurt Biedenkopf and Eberhard von Brauchitsch, as well as assistants and co-workers from his times at Daimler-Benz, the BDI (Association of German Industrialists) and the BDA (Association of German Employers), and his counterparts from negotiations with the unions. We will also draw upon a wealth of audio-visual material about Schleyer from the 1960s and 1970s. In interviews we would like to find out more about what image of Schleyer the terrorists had, and how much they really knew about his life. The documentary will show an emblematic German career, and by that certainly achieve a strong response from the public and the media. 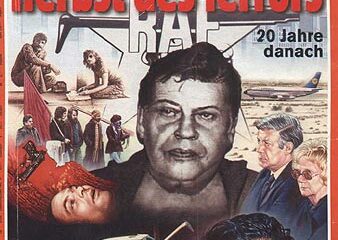 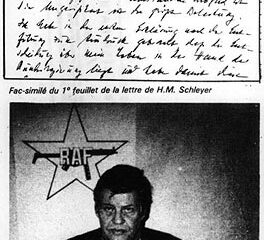