Switzerland is one of the countries with the most water in the world. 65,000 kilometres of streams and rivers flow through the small country in the middle of Europe – a crystal-clear wealth that is the envy of the world. For the power of water carries ships weighing tons, moves enormous turbines, transforms into electricity, shapes the topography of entire regions, irrigates the land.

Rivers are habitats for a rich flora and fauna, inspire artists and craftsmen, drive athletes and scientists to top performances. In short: rivers are the lifelines, one of the country’s most important treasures. That is why they must be protected.

This series not only celebrates the beauty of Swiss nature and encourages exploration of the country – it also aims to highlight conservation problems and introduce people who want to solve them.

Each episode presents a river: Rhine, Rhone, Inn and Ticino. Each of these rivers stands for one of the Swiss linguistic regions and is the most important and largest river of the respective area: German-speaking Switzerland, French-speaking Switzerland, Ticino and Engadine. In addition, each of these rivers flows into a different sea: the Rhine flows into the North Sea, the Rhone into the Mediterranean, the Ticino via the Po into the Adriatic and the Inn via the Danube into the Black Sea. 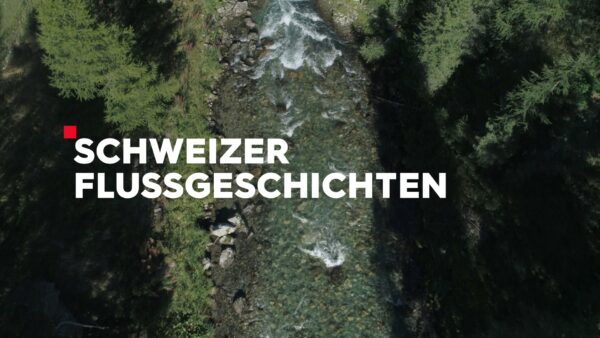