Generations of children have grown up with his stories. All over the world, Hans Christian Andersen is known and loved as a fairy tale author. On 2 April, his birthday is celebrated as Children’s Book Day.

In doing so, he wrote for children and adults: “I tell the children while I remember that father and mother often listen, and they must be given something for the mind.” He did. His tales, unlike the Grimms’ fairy tales, are often deeply sad and without happy endings. The mermaid who transforms herself into a human being for her prince does not get him in the end. The stalwart tin soldier, after a mad odyssey, ends up back in his sheltered home, but unfortunately also in the oven in the end. And The Girl with the Matchsticks, who freezes to death on a cold winter’s night, reads like a bitter social critique. The fairy tales often reflect Andersen’s own experiences.

For the Danish fairy-tale poet did not have an easy life. He grew up in poor circumstances in the small town of Odense. To escape the misery, he set off for Copenhagen at the age of just 14. Here he seeks his fortune and wants to become famous. After numerous disappointments and the search for his destiny, he becomes a successful writer. Of course, he only writes the fairy tales out of financial necessity. From being a lucrative source of income, they become his most important literary works.

The documentary tells of the eventful life of the Danish national poet and delves into the exciting world of his fairy tales. 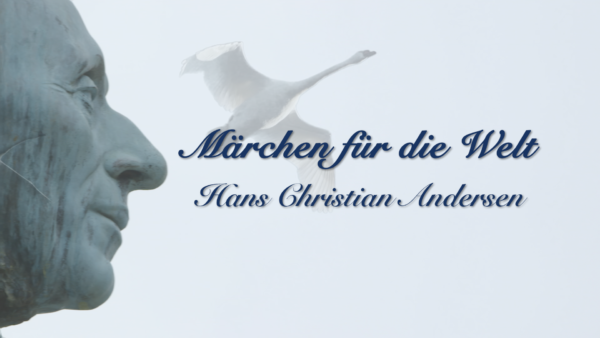