The attention of the entire world is currently on the Middle East, particularly on Iraq and Saudi Arabia. Even after the “transfer of power” to an Iraqi government, the chain of assassinations has not stopped; the country is sinking into chaos and is on the threshold of a civil war. With these daily terrifying reports holding our attention, North Korea – which President Bush did name as a member of the Axis of Evil and threatened openly – and the People’s Republic of China have slipped off our radar. Of course one has no choice but to analyze and describe the current crisis and conditions in Iraq: the Americans have failed there, and Peter Scholl-Latour reaches further back to examine the situation. He makes connections from the intervention in Afghanistan, the world community’s first large offensive in the so-called War Against Terror after September 11, to the new battleground of the future: East Asia. He analyses the situation in Afghanistan where the Americans and Europeans (or at least the German Federal Armed Forces) have not been confronted with such striking failures as in Iraq, but the situation is explosive. Islamic rebellions there have demonstrated the powerlessness of the West just as in Saudi Arabia or in Iraq where Muslims and the Baath-Party have joined in resisting the West. But the actual threat is waiting in East Asia. The unpredictable dwarf state of North Korea, one of the most secretive and closed countries in the world, has probably already crossed the threshold to nuclear armament. North Korea has not been impressed by threats from Washington so far. The powerful People’s Republic of China would also not permit a western offensive against its neighbor. This explosive situation clearly shows the limits of American omnipotence. Failures in Afghanistan and Iraq, instead of pacification the rise of newer and newer anti-western forces, how many setbacks can the West still afford? When considering Kim Jong Ils’s disturbing potential, Saddam Hussein’s overbearing posturing appears more of a pitiful bluff in retrospect. The real trials of strength are still to come. 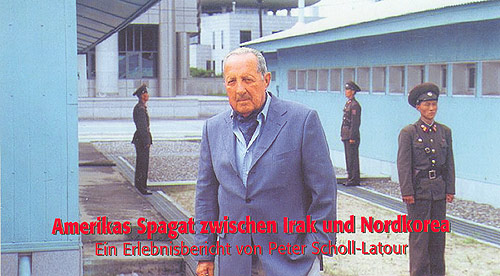 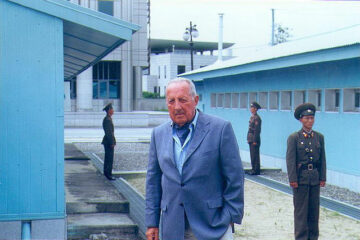